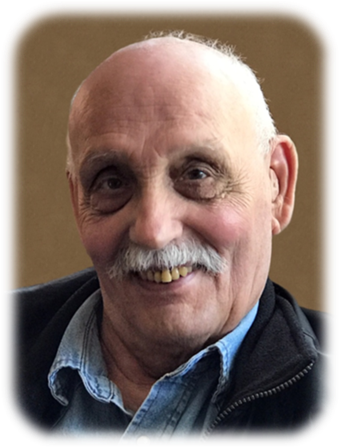 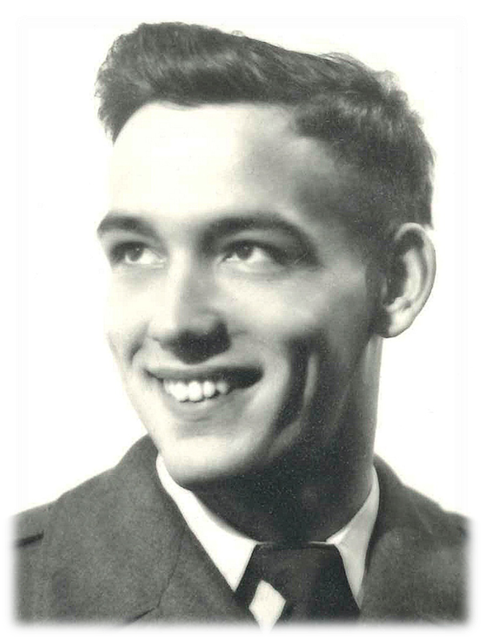 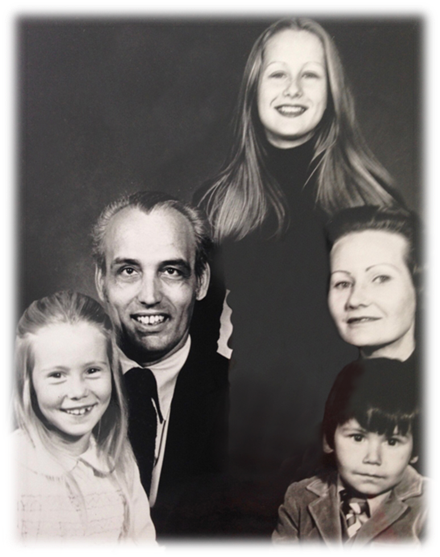 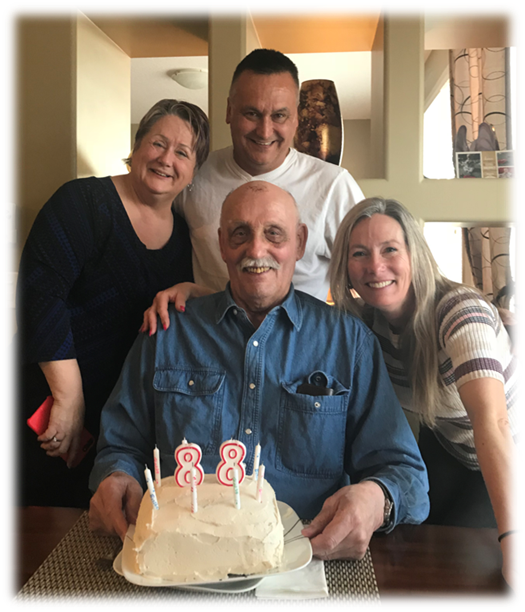 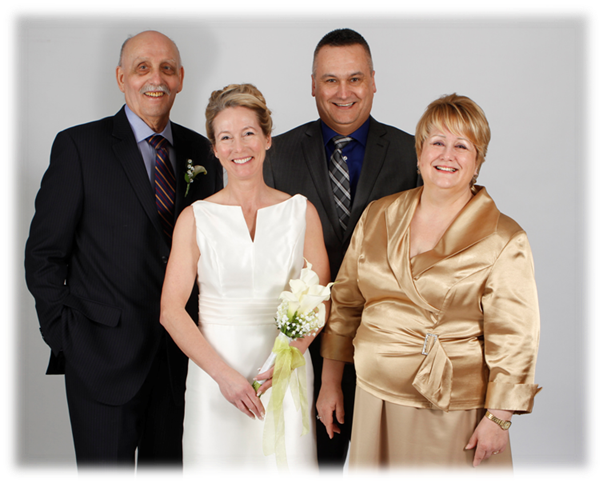 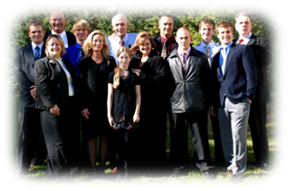 Clair Shank would like to advise everyone that his work here is done.

On Friday, January 31, 2020, while in his 89th year, Clarence ‘Clair’ Rosario Shank took a call from a higher power to travel to an urgent appointment from which he will not be returning. He was sitting in his favorite chair watching the news at the Rocky View Lodge in Crossfield, Alberta when the call came in. As Clair was mostly deaf, his were the only ears the call was for.

We know he is delighted to trade in his Alberta Government pension for a reunion with the absolute love of his life, Rosalind ‘Rose’ Shank (nee Benz), as well as his beloved siblings and other friends and family.

Born in Athabasca, Alberta on April 16, 1930, Clair was the youngest child of Eddie Gideon Shank and Rosanna Goulet. Growing up on a farm meant a lot of hard work, but the benefit was a tremendous amount of learned skills. At age 14, Clair helped his brother, Terry build an entire house in Tawatinaw, Alberta. His mother had other ideas for her youngest, however, and Clair was encouraged to finish his high school education. To save his exceedingly good looks from the family sport of boxing, Clarence quickly distinguished himself as an accomplished athlete pitching softball, and took his team to the Provincials. He earned pocket money by hustling at the local pool hall, and was a successful actor and student politician at Athabasca High. He charmed everyone. A love of motorcycles had him set off cross-country on a black Triumph Trophy Twin after graduation to seek fame and fortune, stopping along the way to work and fund his travels.

Working as a psychiatric aide in the criminally insane division of the Weyburn Mental Hospital in Saskatchewan, he met a psychiatric nurse, Rosalind, at a staff dance. They danced. They fell in love.

Clarence later travelled to central Saskatchewan to ask permission from Rosalind’s father for her hand in marriage.

He returned and proposed.

To be worthy of her (and to be able to earn more than her), he enlisted in the Air Force as an officer and reported for boot camp in London, Ontario. After training in Clinton, Ontario as a radio operator for ten months, he was chosen as a marker for the show drill for Queen Elizabeth II and the Duke of Edinburgh’s royal visit at Trenton, Ontario. Rosalind was stunned to see her betrothed on the big screen during a video clip before the feature film at a Saskatchewan theatre. Hundreds of love letters inherited by the family attest to their long- distance romance and commitment to each other.

Clarence and Rosalind eloped to Montreal on April 5, 1952 during a two-week break in officer training. A telegram to Clair’s family left everyone wondering who he had married, as it was signed only, ‘Mr. and Mrs. Shank’.

Relocation found them in Edmonton after Clair was posted to 435 Transport Squadron, which circulated the ‘Fly Boys’ to a ground squad. He was 21 years old. As a radio operator in his Air Force career, Clarence flew all over the world and survived several crashes and near misses.

Roxanne was born, and the decision was made for Clair to hang up his flight suit and attend the University of Alberta as a mature student, upon which he completed a B.Sc. and a B.Ed. in 1960. He was the first person in his family to earn a university degree, and the only graduate with a five-year-old daughter in the audience of adults. Clair worked as a teacher in Saskatchewan, and then joined the Federal Government in Ottawa in 1964. The water was good in Ottawa, and the family quickly added Calla and Meritt.

Clair relocated the family back to Alberta in 1973 with his new position with the City of Calgary, and then to Edmonton in 1976 with the Alberta Provincial Government in the Lougheed years. His natural leadership and a succession of promotions resulted in Clair’s position as Assistant Deputy Minister of the Attorney General’s Department at the time of his retirement in 1987. Likely, he was the only cowboy gracing the halls of the legislature with his signature western style.

Unexpectedly, Clair became a widower after 59 years of marriage, and spent his remaining years at Cedarwood Station in Airdrie, and most recently, Rocky View Manor in Crossfield. He continued to drive, was a prodigious reader, enjoyed his weekly dinners with Meritt and Shelley, his visits from his children and grandchildren, as well as staying informed and debating current events. A self-professed ‘news junkie’, he remained engaged with the world at a level higher than any of his three children. Clair was keenly intelligent and generous with his time, knowledge, resources, and love. He was exceedingly proud of his family; and remained an active father, grandfather, and great grandfather until mom called him home.

One always knew the social group that Clair belonged to. In business, he was Clair; to his Air Force buddies, he was Rosie; to his siblings, he was Clarence; to his kids, he was simply Dad. A strong, tall man who took the time to acknowledge everyone he interacted with, who had a large laugh, and was alternately amused and irritated by people’s poor choices, especially politicians.

In his younger years, Clair could dance a mean jive and could recite all of ‘The Shooting of Dan McGee’, as well as sing Tennessee Ernie Ford’s ‘Sixteen Tons’ in a beautiful baritone. He made sure his kids had all the life skills he could impart; whether learning to drive a car, wiring an outlet, shooting a rifle, picking rocks out of the family vegetable garden, filling out tax returns, wielding a chain saw, or drafting a resumé. A study in contradictions, Clair enjoyed fishing, but didn’t eat fish; chose to live by the lake, but couldn’t swim; taught theology, but was conflicted; was outwardly gregarious, but naturally shy. He encouraged everyone to plan for tomorrow, but live for today.

Clarence will be lovingly remembered and greatly missed by his daughters, Roxanne Shank (Murray Kammer) of Egbert, Ontario; and Calla Shank-Hogue (Mike Magnus) of Greenwich, Nova Scotia; and his son, Meritt (Shelley) Shank of Airdrie; as well as the gifts of his six grandchildren: Forrest Kammer, Rheiner Kammer, Skye Shank, Chad Shank, Jasper Hogue, and Zoe Hogue; and three great grandchildren: Kaleb Shank, Addisyn Shank, and Mason Shank; in addition to many nieces, nephews, and friends. Clarence rejoins his parents, wife, twelve siblings, and his son-in-law.

The family wishes to thank the caring and dedicated staff of the Rocky View Lodge in Crossfield, as well as Dr. Odubanjo. Also greatly appreciated is the help and compassion of Sonja McAlpin and Laverne Oberhammer.

A Public Graveside Service in Celebration of Clarence’s Life will be held at the West Haven Cemetery, Rimbey on Saturday, February 29, 2020 at 11:00 a.m. with Sonja McAlpin, Life Celebrant. A reception will follow at 12:00 p.m. at the Royal Canadian Legion, Rimbey. If friends desire, memorial tributes in Clarence’s Memory may be made directly to the Canadian Cancer Society, #200, 325 Manning Road N.E., Calgary, Alberta T2E 2P5; (www.cancer.ca); or to the Heart and Stroke Foundation, #202, 5913 – 50 Avenue, Red Deer, Alberta T4N 4C4 (www.heartandstroke.ca). Condolence messages may be forwarded to the family by visiting: www.ofc-ltd.ca

SEND FLOWERS TO THE FAMILY
TO PRINT - PRESS CTRL + P